Whether you’re a news junkie or just catch up on headlines occasionally, chances are good that you’re aware several health insurance companies have already announced their intent to withdraw from the Obamacare exchanges in 2018. For states which already had just a few participating exchange insurers, thousands of people are now asking, “what are my insurance coverage options going forward?”

Short Term Medical – Comprehensive Coverage Available When You Need It

If you’re currently in the market for individual insurance, or know that you will be impacted by your insurer exiting the exchange next year, now is a good time to consider short term medical coverage.

And the length of your coverage with this type of insurance may not be as short as you think. Depending on your needs and your state, coverage under this plan with Pivot Health could be for one month or up to nearly 12 months.

You may benefit from a short term health plan if you:

A short term medical plan offers you flexibility of coverage and availability. Because applicants answer a few health history questions during the application process, many short term health plan purchasers are healthy individuals, which helps keep premium rates significantly lower than Obamacare plans. And although these types of policies do not provide all of the 10 essential benefits mandated for all Obamacare plans, Pivot Health’s short term health plans offer coverage for up to $1,000,000 in benefits per coverage period.

There are many advantages to choosing a short term medical plan for your temporary health care coverage needs, such as:

Coverage duration – A minimum of 30-days of coverage is required, and no more than 364-days during a 12-month period. However, many states allow you to re-apply for two additional certificates of insurance if you find your “temporary” insurance situation taking longer to stabilize.

Coverage start date – Select when you want your coverage to begin: as soon as within 24 hours of applying, or up to 60 days after your application.

Non-insurance benefits – access to vision care and product discounts, prescription drug savings, and 24/7 telemedicine consultations so you can skip the waiting room and speak with a doctor whenever and wherever it is convenient for you.

When you want an affordable plan that offers you a great range of choices and flexibility in plan features, provider access, length of coverage and much more, it may be well worth your time and effort to check into short term health insurance.

Insurer Participation Down Since Exchanges Opened

The withdrawal of insurers has hit particularly hard in five states, which have only one insurer participating in the individual exchanges this year: Alabama, Alaska, Oklahoma, South Carolina and Wyoming. Further, the number of states with counties down to one exchange insurer has risen dramatically. The Kaiser Family Foundation went on to report that almost one-third of U.S. counties have a single individual exchange insurer choice in 2017, which is a significant increase from the seven percent of counties who had just one option in 2016.

More Insurers Leaving the Exchange in 2018

Over the past few months, the outlook has grown even bleaker as several insurers have already announced their departure for 2018. These exits will leave thousands of insureds scrambling to find new coverage; many will have only one exchange choice remaining, and some – unless a new insurer enters the exchange in their area – will have no exchange options at all. Keep reading for the latest news (information as of press time).

In Obamacare’s inaugural year of 2014, Aetna had a significant market presence, offering plans on 15 different state exchanges. In the fall of 2016, the insurance company reduced its participation in 2017 by approximately 70 percent, withdrawing from 11 state marketplaces. Aetna cited heavy claim losses as its rationale for scaling back from the exchanges.

In the spring of 2017, the insurer announced that it would completely exit the Obamacare exchanges in 2018. Once again, the insurer referred to claim losses and marketplace structural issues that have resulted in carrier exits, co-op failures and subsequent risk pool deterioration as justification for its decision. Some critics argue that the exit is Aetna’s response to a federal court ruling earlier this year that blocked Aetna’s proposed merger with Humana.

Regardless of the reasoning – after the end of this year, Aetna will withdraw from the Delaware, Iowa, and Nebraska individual exchanges, as well as exit the individual market for both on and off-exchange plans in Virginia. The move leaves all exchange enrollees in Delaware and Nebraska, as well as those in 27 Virginia counties, with just one insurance choice for 2018.

Although the company has not definitively stated whether it will withdraw from the exchanges in 2018, Anthem has been vocal about what it believes the federal government must do to guarantee the insurer’s continued participation. Company CEO Joseph R. Swedish said he wants assurances that the government will continue to fund the cost-sharing reduction (CSR) subsidies program.

This program enables individuals with income between 100-250 percent of the federal poverty level to enroll in exchange plans with lower deductibles, copayments and coinsurance rates, to help these low-income enrollees reduce their out-of-pocket health care costs. The exchange insurers provide the CSR subsidies to eligible enrollees; the federal government then reimburses the insurance companies. Six million people qualify for the CSR subsidies program. By the end of 2016, the federal government had paid exchange insurers nearly $7 billion in reimbursements.

Swedish has stated that if, by early June, it is still unclear whether the government will continue funding the CSR subsidies program, Anthem will need to make significant premium adjustments or withdraw from the exchange market. Either of these moves would impact the more than 1.1 million insureds covered in 14 states where Anthem operates for-profit Blue Cross plans.

Early in 2017, Humana announced that it will completely withdraw from the individual exchange in 2018, leaving 152,000 insureds to find new coverage. This decision follows the company’s significant scaling back of its market participation in 2017. In 2016, Humana offered plans in 1,351 counties across 19 state exchanges, but by 2017, had reduced coverage to 156 counties in 11 states.

In states such as Mississippi, Humana is just one of two insurance companies offering exchange plans. The means that for 2018, Obamacare enrollees will have one exchange insurer option. The situation will be even more challenging in Tennessee. Humana’s departure will leave only one exchange insurer option in several of the state’s major markets. But in the Knoxville area, where Humana is currently the only individual exchange insurer, thousands of Tennesseans will have no exchange plan choices. Unless another insurer enters the market next year, those Tennessee residents will be forced into expensive off-exchange plans (which don’t qualify for tax premium credits or cost-sharing reduction subsidies), or need to look for alternative coverage options.

Medica – On the Fence

Medica is the last remaining insurer in Nebraska, as well as in all but five Iowa counties. This small insurer has expressed grave concerns that its insured pools will be flooded with the most motivated insurance consumers – those who are sick and need regular medical treatment. Without additional federal government financial support, the company fears it will struggle with claim losses, and realizes that increasing premiums to cover claim costs may inadvertently drive away younger, healthier people – who are greatly needed to help balance risk pools and keep premiums as low as possible – from the exchanges.

According to Geoff Bartsh, Medica’s vice president for individual and family business, “Medica requires a stable market, established rules of the road, and a clear understanding of the market’s risk in order to price its products.” Medica wants the government to establish a high-risk pool or reinsurance program to offset the cost of high-risk individuals who enroll for exchange coverage.

Should Medica decide to exit the Obamacare exchange, Nebraskans and residents in 94 of Iowa’s 99 counties will have no exchange insurer options in 2018. All of these insureds will find themselves in the same situation as the residents of Knoxville – needing to purchase costly off-exchange plans with no premium tax credit or cost-sharing reduction subsidies support, or finding alternative insurance coverage choices.

Iowa-based Wellmark Blue Cross Blue Shield was the first insurer this year to announce that it would withdraw from the state’s individual exchange market in 2018. More than 21,000 Wellmark exchange enrollees are impacted by this decision and are anxiously awaiting a decision by Medica as to whether that insurer will continue exchange participation next year – or if the vast majority of the state will have no exchange plan options.

Impact on Exchange Premiums in Areas with Few Insurer Choices

Underlying principles of a free market suggest that the more providers you have competing for business, the lower the prices will be for the consumer. As insureds in Arizona can attest, when you have only one insurer option, you’re going to pay a lot for coverage.

By August 2016, every insurance company that had previously provided exchange coverage in Arizona’s Pinal County, had announced it would no longer service that market. This situation meant that the county’s 10,000 exchange enrollees would have to purchase off-exchange plans, without the benefit of any Obamacare premium tax credits or CSR subsidies, to help make the coverage more affordable.

After receiving approval from the Arizona Department of Insurance, Blue Cross Blue Shield of Arizona announced in September of 2016 that the company would offer exchange plans in Pinal County after all – and implement a whopping premium increase of 51 percent. The same massive premium adjustment was then applied to all 13 of the 14 counties in Arizona, where the company is the only insurer participating in the exchange.

Blue Cross Blue Shield of Arizona justified the increases as necessary to cover higher-than-anticipated claim costs that the insurer – as essentially the sole provider of exchange plans in the state – has borne. This situation underscores the need to have multiple insurer choices; spreading the risk pool can potentially keep premium costs lower for all insureds.

Ensuring You Have Coverage

With the uncertainty of plan availability and pricing in the Obamacare exchanges, it’s more important than ever to know you have alternative insurance choices, such as short term medical. The freedom to choose your own providers with no network restrictions and to structure a plan that meets your coverage and budget needs – all for a very affordable price – is a great option to have. 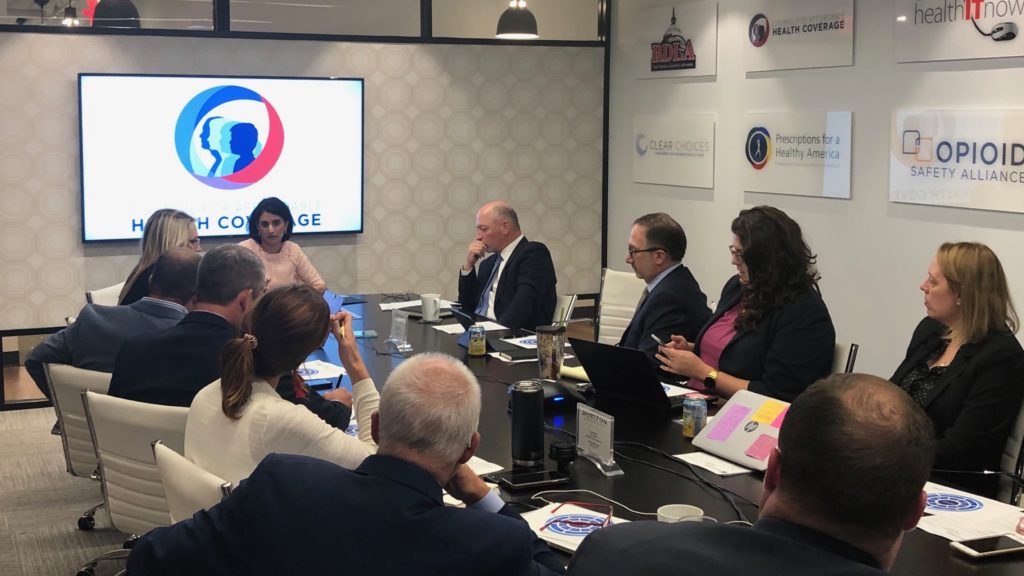 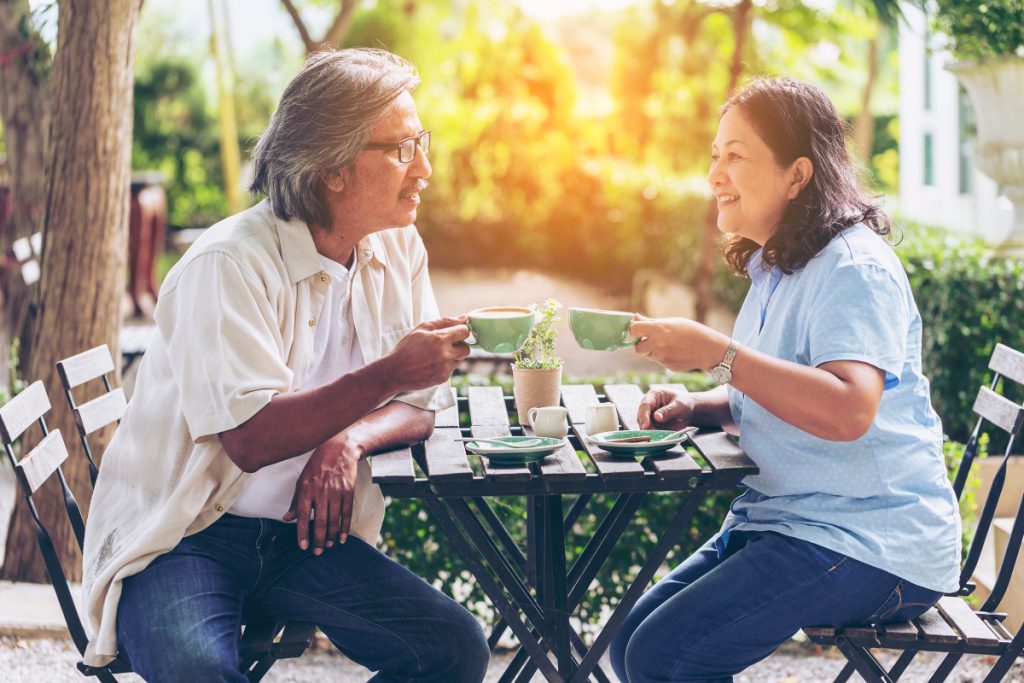