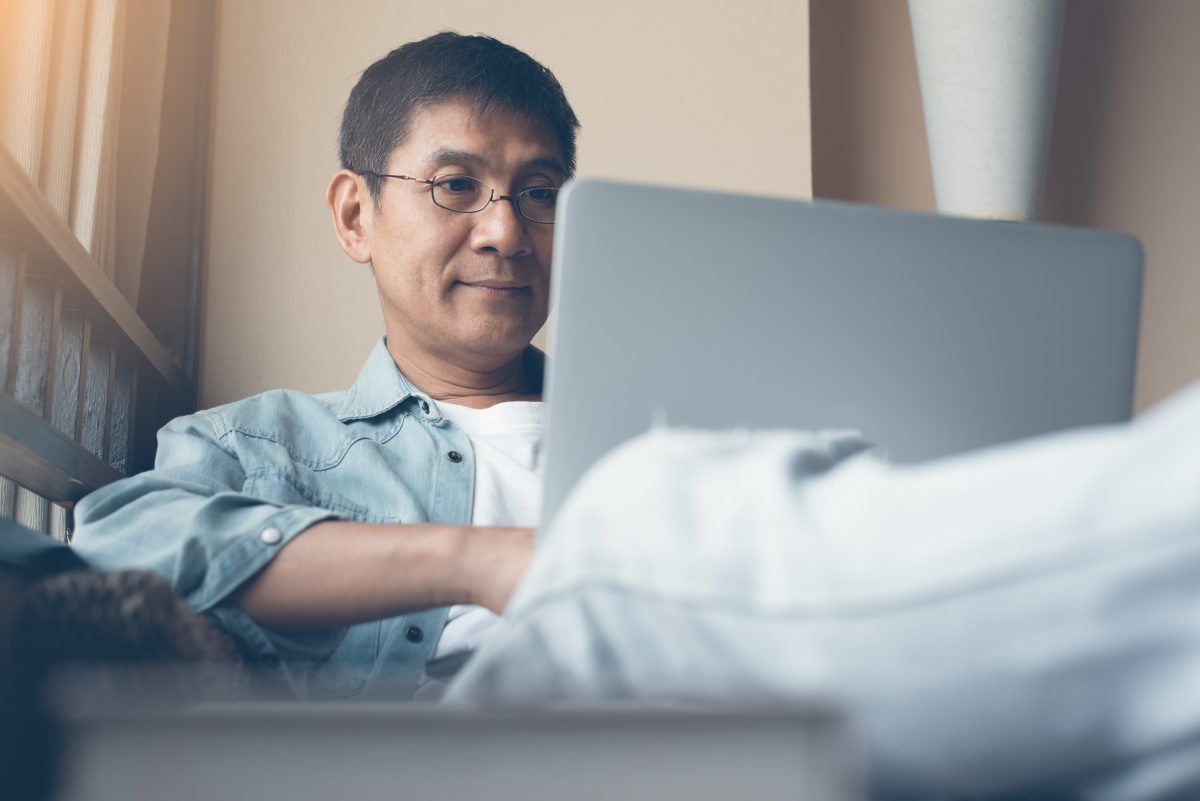 Between deductibles that can feel unmanageable and the hard-to-predict nature of medical bills, having health insurance can sometimes feel a bit like not having it.  You may consider yourself underinsured or “functionally uninsured” if you’ve got major medical insurance but still find it difficult to pay for healthcare due to a high deductible threshold.

If this describes your situation, you’re not alone. Many insured Americans struggle to pay for medical care, whether due to large and unforeseen medical expenses or a high plan deductible beyond what they can afford to pay out of pocket.

So, how can you feel more adequately insured and better able to deal with medical bills you consider unaffordable? Selecting a health insurance plan with the lowest annual deductible possible can be one solution; however, a lower deductible usually results in a higher monthly premium payment.

Below, we’ll look at some of the challenges you may face if you’re underinsured or functionally uninsured and then we’ll discuss some of the strategies that can help: choosing short term health insurance as an alternative to major medical insurance, selecting an HSA-compatible high deductible health plan, or enrolling in an ACA-compatible major medical plan with premium tax credits and cost-sharing subsidies (if you’re eligible).

What is Considered a High Deductible Health Plan?

In 2019, a high deductible health plan is any health insurance plan with a deductible of at least $1,350 for an individual or $2,700 for a family, according to the IRS. This amount remains unchanged from the 2018 tax year and will be subject to change for 2020.

Deductibles vary by plan and region, of course, but here are some recent statistics related to job-based and individual health insurance plans sold on and away from the government exchanges:

With a high deductible seeming more like the norm these days, how do they impact the way people seek—or don’t see—medical care?

Generally speaking, someone is underinsured if they have major medical insurance but still struggle to pay for healthcare.

More specifically, The Commonwealth Fund’s latest Biennial Health Insurance Survey defined people as underinsured if, over the prior 12 months, their:

The number of people who fit this definition is on the rise, and many of them are delaying necessary treatment because they can’t afford it.

The Commonwealth Fund survey also showed that underinsured rates were as follows in 2018:

These underinsured adults struggle to afford care, with 41% saying they delayed needed care due to cost (compared to 23% of people with adequate insurance coverage) and 47% reporting medical bill and debt problems (compared to 25% of those who are not underinsured).

Another nationwide poll conducted by the Los Angeles Times in partnership with the Henry J. Kaiser Family Foundation found that:

The findings also revealed that half of Americans who get job-based coverage say that, within the past year, they or an immediate family member have put off going to the doctor, not filled a prescription or delayed some other kind of medical care because of concerns about cost.

Many individuals putting off care due to high deductibles are people who should be going to the doctor—those with serious conditions such as diabetes, heart disease and cancer. As a matter of fact, insured individuals with chronic conditions are about twice as likely as other insured individuals to report problems paying medical bills (36% versus 16%).

While we don’t know what healthcare will cost us until after we receive it and the claim has been processed, we can usually anticipate how our plan benefits will cover in-network care. But sometimes, despite efforts to visit in-network providers, people face “surprise bills”—bills in which a patient is charged care delivered by an out-of-network professional who works within an in-network facility; this is also known as balance billing.

As a matter of fact, about 1 in 7 patients received a surprise bill despite obtaining care at an in-network hospital, according to a recent analysis by the Health Care Cost Institute. The HCCI found that the share of in-network hospital admissions with at least one associated out-of-network professional claim ranged from 1.7% in Minnesota to 26.3% in Florida.

Consumers may be blindsided by more than unexpected out-of-network charges. Sometimes the cost of medical equipment provided in a clinical setting is marked up two or three times retail cost, as was the case with a soccer player who was charged $829.41 for a knee brace. Additionally, the fluctuating cost of drugs and hospital price lists, as well as insurer discount negotiations (or lack thereof) can play a role—see the case of the near-$50,000 cat bite.

As legislators work to address balance billing practices on a national level, states such as Texas are close to passing their own bipartisan legislation that will protect residents from balance billing. In the meantime, surprise bills remain a concern for many Americans who are left to manage avoiding them as best they can.

Without nationwide protections in place, what can you do when you are insured and face steep medical bills? Let’s look at some of the solutions.

Why are short term coverage often more affordable? These policies are not required to adhere to ACA requirements, which means they don’t include all 10 essential health benefits and typically don’t cover pre-existing conditions. They do, however, provide a range of benefits to help you pay for unexpected medical expenses resulting from illness or injury.

Short term medical plans aren’t the junk policies the media sometimes makes them out to be. They are a valid option for those who need temporary, affordable coverage between major medical insurance policies as well as those seeking an alternative to gain financial relief from ACA plans, even if it is for a limited time. You can apply for short term health insurance year-round and, depending on your state, you can obtain coverage for 30 days up to 364 days.

As for those unexpectedly high medical bills mentioned earlier? Some short term policies, such as those available through Pivot Health, promise no balance billing. That means if a claim is paid at the negotiated rate and the doctor sends the patient another bill for the remaining amount of retail price, the customer can submit their bill to a third-party who will negotiate it away.

When you or someone in your family incurs a qualified medical expense, you can opt to use the pre-tax income in your HSA instead of dipping into your long-term savings. HSA funds roll over from year to year and accrue tax-free interest. That means you can use them if you need to or let them accumulate for larger medical expenses at a later date.

While your HSA funds may be used at any point, they can also be considered a part of your retirement planning. Healthcare is considered one of the biggest retirement expenses after housing, and account for an estimated 15% of the average retiree’s annual expenses including Medicare premiums and out-of-pocket expenses. After age 65, you can even use the funds for non-qualified medical expenses without penalty (note: they will, however, be taxed as income).

Income-based ACA subsidies include premium tax credits, which can lower your monthly premium payment, and cost-sharing reductions, which can lower the amount you pay for deductibles, copayments and coinsurance if you buy a silver plan. Cost-sharing reductions also have a lower out-of-pocket maximum; once you reach that amount, your insurance plan covers 100% of all covered services.

4. Exercise an Ounce of Prevention

You can’t anticipate a lot of medical bills, all you can do is try your best to avoid them through maintaining good health and practicing safety in your daily life. There are certain healthcare services that your major medical insurance plan covers before you meet your deductible, namely preventive care as required by the ACA.

Staying on top of preventive care, including screenings and shots, may help you catch or manage illnesses before they become more serious and potentially more expensive. You’re paying for your health insurance anyway, so take advantage of the “no cost” preventive care it includes. Keep in mind that you may be charged for additional tests and screenings not required by the ACA, if your doctor orders them. To avoid charges you don’t expect, communicate with your healthcare provider to ensure you know what preventive care is covered and what is not.

5. Crowdsource Your Bills Away

This may be a last-resort or a go-to under dire circumstances, but you may choose to rely on the generosity of friends, family and relative strangers you’ve encountered on the Internet when stuck with hefty medical bills and feeling trapped.

It’s becoming increasingly common for individuals to turn to crowdsourced fundraising as a way to address substantial healthcare costs. Medical fundraisers account for 1 in 3 of GoFundMe’s campaigns and, according to NPR article, as of December 2018, the site’s contributors have raised more than $5 billion from 50 million donations in the eight years of its existence.

Higher and Higher—Health Insurance Costs in 2020

Healthcare costs will continue to rise in 2020, and a number of factors are to blame, including a reduction in premium tax credits for 7.3 million people, increased out-of-pocket maximums and rate increases estimated to average 10%. The U.S. government predicts that higher premiums will push 70,000 people out of the individual health insurance market in 2020.

Regardless of what you decide now or in 2020, remember there are coverage options that can make you feel more functionally insured. What you choose will ultimately come down to balancing your household budget with your potential healthcare needs. In the months leading up to 2020 open enrollment, you can begin to gather quotes and research some of the solutions mentioned above.